Jamie Baillie announced this week that he was stepping down as leader of the Progressive Conservative Party. He has been a fine public servant, and would have made a good Premier. I was honoured to run as a member of the PC team under his leadership in the provincial election earlier this year.

The party will move forward with a leadership campaign, and folks are already speculating about who will run. Sitting MLAs are the obvious and easy choice for the pundits (and there are good people in the expanded caucus that came together under Baillie’s leadership), as are longtime party insiders. Indeed, moving in that direction would be the traditional choice, and maybe this time it will be the right one again.

But we’re in an era where tradition isn’t all that it was once cracked up to be. What we need is not just another leader with plenty of party ties or experience in Province House, but rather someone  who can bring a truly fresh perspective and some open-minded innovation and imagination to the political process in this Province, moving us beyond the narrow partisanship and often too-cozy self-interest that has held us back for far too long.

We need transformative leadership, not just transactional leadership. That’s the kind of visionary who will make the Progressive Conservative Party worthy of government as we move further into the 21st century. Maybe that person is a sitting MLA or party insider, but maybe not. The field is wide open.

So, what qualities should this new leader possess? Here are the key points that will determine who I support in the forthcoming leadership campaign:

Most important, I want a candidate who will take to heart the leadership motto that I employ in my work as a filmmaker, and would have used as an MLA if I had been elected:

These are the qualities that I am looking for because I believe they are absolutely necessary for the good and progressive governance that Nova Scotia so desperately needs. 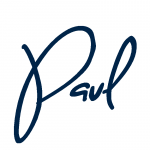 The Next Progressive Conservative Leader